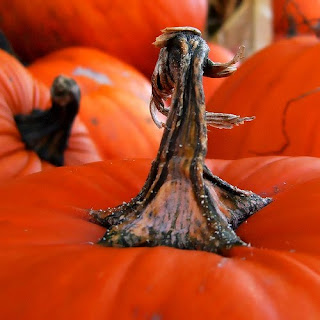 Can it be that October is leaving so soon? Where have I been? Oh yes, in the house because it was RAINING!!!!!!!!!!! Someone told me last night that we have had rain for something like 19 or 20 consecutive Thursdays! 19 or 20!

I know I have been lax lately in posting but it has been a very trying month for me. I am currently giving full-time care to an elderly aunt that fell and broke her wrist, requiring surgery to repair. She is 83 and it has been hard for both of us. She is used to living alone and having her things just so. I am used to having my things just so. It has been a challenge, to say the least. I am so thankful for the Beth Moore study we are doing right now in our women's Bible Study. It's about Esther but I am learining much more than just about the Jewess that became queen and saved her people. I am learning about meanness and where it comes from, God's promises and timing; perfect timing. Two words I am hanging on to with both hands right now, reminded that "His eye that is on the sparrow is also on the wristwatch" (Beth Moore) and there is not one thing that is happening right now that has escaped His attention (although I seem to forget that more often than not lately!)!!!!!

For these times we are trudging through right now, I just want to remind you that He is still there, still in control and, if you'll pop in and see Esther, you'll realize that you, too are here for "such a time as this"!